We are all familiar with the blockchain industry. It has exploded in popularity and become a hot topic as of late. While technology has been a male-dominated field for the last century, the blockchain space is changing.

Many people don’t realize that there is an incredible community of women entrepreneurs working to help make this space even more inclusive!

Women entrepreneurs and investors are now in the spotlight as more and more people recognize that there needs to be an equal gender representation in this new economic era.

It’s not just about equality, these women are making amazing strides in creating products and services that will change our lives for the better. They’re also paving the way for future generations by showing them what can be achieved through hard work, dedication, and grit.

Let’s go over what blockchain is and meet several women making their mark on this burgeoning industry. 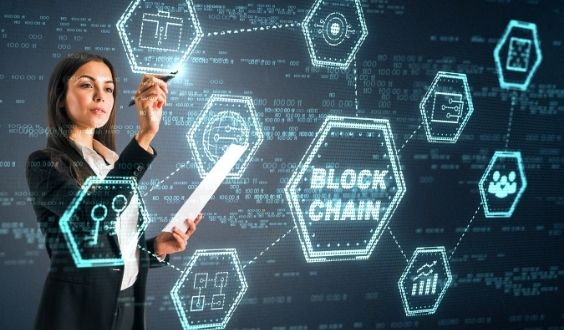 You’ve probably heard a lot about bitcoin recently and how it’s extremely volatile as it rises in popularity. The bitcoin conversation is most often accompanied by blockchain.

Blockchain technology was created by Satoshi Nakamoto. It is a public ledger that keeps track of bitcoin transactions between users. It records and stores all the bitcoin addresses where bitcoin is currently stored at every moment in time, providing transparency for all.

Blockchain technology creates trust without needing a third party to verify transactions between users of financial or informational assets. Users are able to communicate with each other securely by storing transaction data in multiple places that are linked together in a series called blocks, hence blockchain technology’s name which means “chain of blocks”. 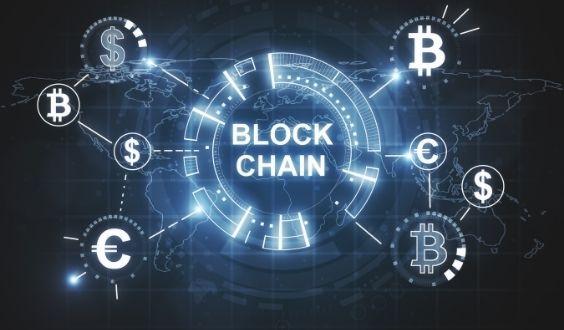 The blockchain is a decentralized system so it’s not controlled by one entity, making bitcoin transactions trustworthy. Everything bitcoin users do is transparent and secure.

It was created in 2008 and bitcoin was only worth pennies when it first came out. In 2010, bitcoin became a hot commodity. One bitcoin (BTC) cost around $0.08 USD.

As of the 2017 bitcoin crash, one bitcoin is valued at over $9000 USD! It has reached such an incredible value because the blockchain space has become so popular. It’s expanding into new industries and inspiring innovation from developers all over the world.

Cryptocurrencies like bitcoin have the potential to change the way we buy and sell things forever. While bitcoin may be the leading cryptocurrency in terms of market cap, there are plenty more that have also gained attention from people all over the world. Decred (DCR), Ethereum (ETH), Ripple (XRP) and Monero (XMR) are some of bitcoin’s up-and-coming competitors! 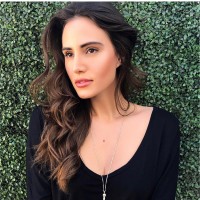 Jessica VarSteeg is the COO of a bitcoin startup called BitGold. She began her career as a web developer and has worked for several successful businesses in various technology fields including bitcoin, mobile, e-commerce and more.

She also graduated from McGill University with an MScEcon degree in International Finance. She’s been working heavily on bitcoin projects since 2012 when she founded a mobile bitcoin payment solution service called Goldbits which was later acquired by BitPay.

Jessica is driven to develop bitcoin products that will bring the cryptocurrency mainstream by simplifying how people can get started using bitcoin.

She recently told Bitcoin Magazine about herself: “I am honored to be chosen for this award because it highlights the incredible amount of energy, passion, curiosity and innovation that women like me contribute to bitcoin every day.

“I firmly believe bitcoin has the power to change our society for the better, and am excited about the role that bitcoin entrepreneurs, women and men, will play in shaping bitcoin’s future.” 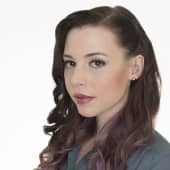 Amber Baldet is the executive director at J.P.Morgan’s Blockchain Center of Excellence. It is run by Quorum, a platform for enterprise-grade blockchain solutions that was designed in-house at JPMorgan.

She keeps a constant eye on bitcoin and other cryptocurrencies’ development process. She aims to make bitcoin better as it grows in popularity.

Amber has been featured in Bloomberg’s bitcoin podcast for women called ‘That Bitcoin Show’. She was also named the #14 most influential person in Blockchain by Richtopia.

She is an emerging leader in the bitcoin industry; one that is sorely needed. She not only has business networking skills but also a technological mind that can help bitcoin investors and developers alike.

Amber believes that bitcoin and blockchain technology will revolutionize finance, business and society itself. She told bitcoinmagazine.com: “I truly believe that the technology we have built is going to change the world.” 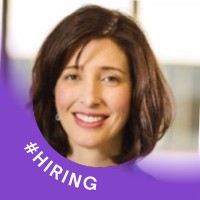 Dr. Jemma Green is the founder of Power Ledger, an Australian company that helps people sell solar power to each other on a peer-to-peer basis. She is also the co-founder of a bitcoin trading platform.

In 2014, Dr. Green was honored as Australia’s leading female bitcoin entrepreneur by bitqist.com.

Dr. Green was also a finalist in the “Most Innovative FinTech Startup” award category at the 2016 Singapore FinTech awards for her work with Power Ledger.

In addition to bitcoin, Dr. Green is very interested in positive environmental change as well. She wants bitcoin’s technology to be used on an international scale to help the environment.

Even though bitcoin was created as a form of currency, bitcoin can also be used for much more – bitcoin can buy solar panels and renewable energy. Dr. Green told bitcoinmagazine.com: “We’ve got this massive industry that isn’t operating at its best because it’s centralized, and we’re right now creating something that could be much more efficient.”

She later added, “If bitcoin and the technology [blockchain] is really going to change the world, [we need] a functional ecosystem. I want bitcoin to work because it has such potential for positive social change.”

A New Frontier for Women

The Blockchain space is an exciting new frontier for women who are seeking to break down the barriers that have historically been put in place by society.

There’s no question that the blockchain industry is on it’s way to becoming a more inclusive space. With so many women in this field, there are boundless opportunities for fresh perspectives and innovative ideas.

As more women become interested in the blockchain space, it’s important that we make sure they have a voice as they pave a way for this new frontier for women.

You might also wanna check Why Selling Ethically is the Key to Your Success as a Sales Rep – Lessons from the Real Wolf of Wall Street.

Who Cares Who is Not There? You are There. 3 Abilities to Master as a Woman at a Tech Company.

What I Learned from a Woman Board Member: Lessons learned from a women board member over her career -What she wish she knew then

Inc Magazine 30 Under 30: Windsor Hanger of Her Campus and Morgan First of The Second Glass- 5 HOT Tips for your Venture!