Women hold only one quarter of all IT jobs. I read this yesterday in a post about the importance of getting more women in tech. This article was posted in the NY Times and was titled “Technology’s Man Problem.” The title sparked my interest right away. Then when I checked out the other people on Twitter posting about it, I figured I should spend some time actually reading it to see if I could learn something. I  have a stream setup to get notifications anytime someone on Twitter tweets about anything to do with women in tech and my stream after this post came out looked like this.

It was obvious from this stream about #womenintech that this post was worth reading. So I read it and started to think about all the women sitting around me in my little section of the technology company that I work at. I should have counted the women around me at my desk. But, I think in my own part of the office there are about 15 women, all in sales who don’t feel the way this article talks about women feeling.  I got to thinking about why this might be and tried to relate to what these developers and founders of companies in the article were talking about. I actually can’t relate though because I have never experienced this type of discrimination in the past 3 1/2 years working in tech.  I think that is because of the role I have at my company. I am in sales and not in a direct engineering role where I deal with not having other women around me.

In sales as a woman in tech you have the same quota as the men do.

You have the same goals and standards that the men have.

I think that makes the playing field level. No one treats me differently because I am a woman. No one treats me better or worse because I am a woman. They don’t have the right to because my success directly relates to me hitting or exceeding a number. Just like a man, I must hit quota and if I don’t then someone can start questioning me. That is why I think we need to start talking about other jobs in tech where women can be seen the same as men and be given the same opportunities to succeed.

From what it sounds like women in the engineering fields in tech companies feel discriminated against. They feel like they are being pushed out because these women are only a couple among lots of men. I can understand this and would feel that way too I think. I don’t actually know many female developers but the ones that I do know (even some at my company) are not like the women in sales that I know. From what it seems if we want to get more women in tech we need to make sure that we are exposing as many different kinds of roles to women not in tech so they can make a decision for themselves what would be best for their personalities and strengths.

I consistently talk about getting more women in tech from outside of tech. I do this by exposing all kinds of jobs that women have in tech but when I looked at the data about women staying in tech I started to worry. It is obvious that getting more women who are in tech to stay in tech is just as important as getting women not in tech to join tech…

Articles like this one do a good job at exposing why women should not be in tech. Why women feel discriminated against working in tech. We need to expose the good things about being a woman in tech as well. If we really want to make a difference and help get more women studying things that will help them get jobs in tech then we need to change the stigma. There are great things that happen to women in tech everyday, there are also bad things. This could be said for all parts of life, all types of jobs. But, if we, as the media, as women working in tech, as educators, etc. want more women working in tech over the years to come then we need to think about the success stories. The more stories and articles we post about the bad parts of being a women working in tech then the less women will want to work in tech.

As women we need to speak up when we hear a man say something we don’t like. Don’t just be one of “the bros” and laugh and go along with it. You are doing yourself a disservice as well as other women working in tech.

Women working in tech are usually seen by the outside world as product managers, the engineering people, developers… No one talks about the business women in tech that are not developers.

The article talks about how those who “own the code, have the power.” This is why business jobs like sales, marketing and management as a woman in tech are AWESOME.

We have a problem. We need to be aware of it. We need to make necessary changes in our organizations from the inside out to help get more women in tech.

We, as women working in technology RIGHT NOW need to work on changing this stigma from the inside of our companies outwards. The only way we will get more women working in technology jobs and startup jobs is if women not in the space see startup jobs and tech jobs as a good thing for their qualities and skills. We need to expose more women to what it is like to work in tech by sharing jobs that women have in tech.  Let’s start sharing more success stories about how companies changed internal problems focused around women for the better. Let’s start to share more stories about the success women are seeing in tech instead of the problems that some women might face with men working besides them in tech. 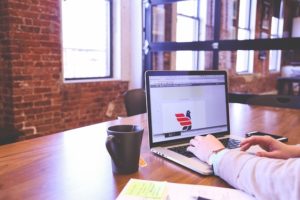 Inc Magazine 30 Under 30: Windsor Hanger of Her Campus and Morgan First of The Second Glass- 5 HOT Tips for your Venture!